Plaza Latina is a small, two-story commercial center that has units or stalls for at least twenty tenants delivering diverse services to the Latin American community. It is located in the heart of Milvan Drive and was also known as the “El Mercado” by most local residents.

Plaza Latina houses different food stalls that offer authentic Latin American cuisine. For those having trouble speaking fluently in Spanish, this commercial center is the perfect place to practice the language. Its stalls provide a wide range of services for newcomers in the area such as pawning services, driving lessons, legal advice, dog-grooming, and plane ticket assistance to name a few. Most of the businesses at Plaza Latina though operate exclusively in Spanish. 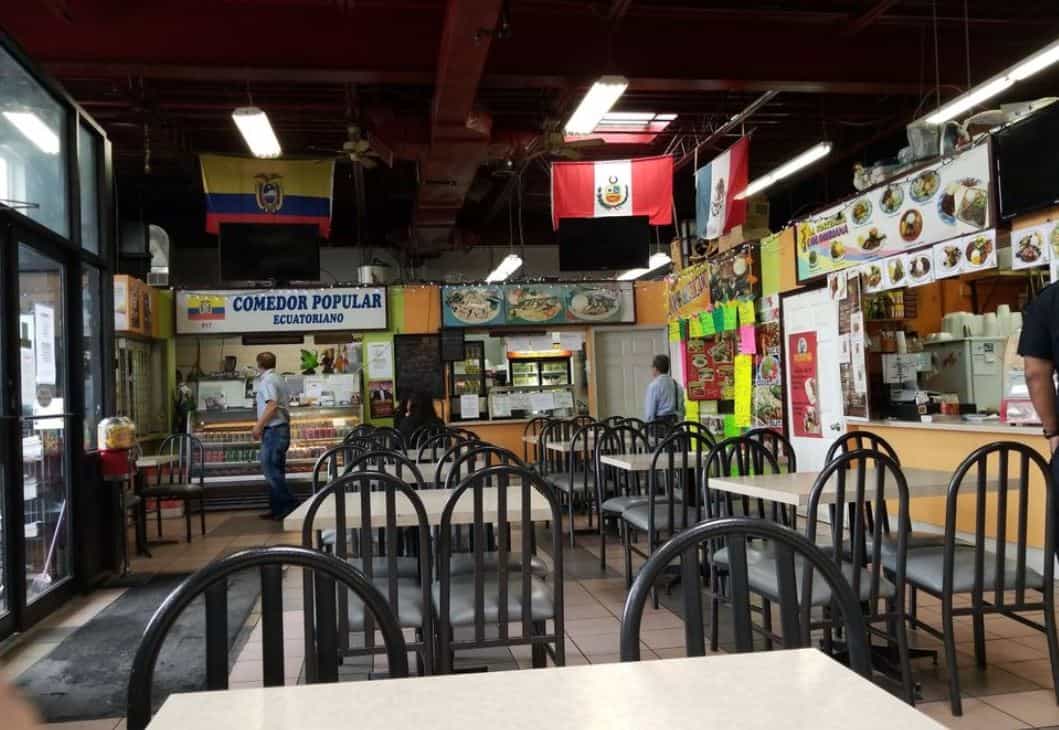 Here is a list of some of the food and retail stalls inside Plaza Latina:

This food stall is situated on one corner of Plaza Latina’s food court exit. Comedor Popular Ecuatoriano offers meals such as cheese-filled empanadas and fried fish served with rice and plantain slices. Among the well-known sodas being sold here are the Ecuadorian apple soda, Manzana, and the Inca Kola. Both sodas are perfect for any sumptuous Latin American dish that you will choose.

One of the Latin American restaurants in Plaza Latina is El Sabroson, which serves authentic Peruvian cuisine such as lomo saltado, a salty Peruvian-Chinese beef dish with rice.

Considered as a food court favorite, Chilango Taco offers a menu of traditional Mexican meals, tacos, and flautas. The food stall is also known for its crunchy house-baked chips served with mouth-watering guacamole sold at only $8.00.

La Costeñita Colombiana is one of the food stalls in Plaza Latina that sells fried fish platters for only $15.00 each served with big portions of rice, giant soups, and salads topped with meat such as the beef liver special or Colombian bistec de higado.

This is a stall where you can find the classic Ecuadorian drink, colada morada, which is a combination of berries and black corn flour.

Autentica Spanish Food and Empanadas is a Chilean bakery that operates separately from other food stalls. It is near a prime real estate stall and is considered the main attraction at the far side of the food court. It is usually bustling with people during the weekend because of its best-selling empanadas.

Mac Video is one of the many retail stores in Plaza Latina that sells classic telenovela DVDs and salsa CDs. Super Guatemala, on the other hand, is the next-door stall that sells different snacks, spices, and candles from Latin America.

Up next: Rally Restaurant and Bar